Health and Beauty Coexists with our Wild and Free Landscapes

The landscapes in the summertime are so beautiful. The variety of plants and all their artistic floral arrangements happen so naturally. As we gaze out over the wild and free landscapes while we walk through the meadows I wonder about the relevance their companionship has for our preservation.

I believe they were designed to grow together for our protection and benefit humanity, as a service for mankind so we would prosper.

I have read about Plantain and St. John’s Wort following the footprints of man. Breaking new trails through the meadows the landscape changes. Certain plants follow man’s trail and grow closer to civilization.

I was walking through a beautiful meadow soaking in all the colors of the wildflowers; it was loaded with thistles though. The thistles were so thick! It was impossible to escape them without a few pricks and scratches. I endured and broke my way through to discover St. John’s Wort, Yarrow, and Plantain growing nearby those dangerous thistles.

This wild and free landscape was offering me three different herbal antidotes for cuts, scratches, wounds, and the pain associated with being snagged by thistles thorns. They are healing for open cuts, bleeding, insect bites, and bee stings. Totally liberating to realize nature has got my back!

Yarrow is the best antidote to stop bleeding and counters tissue swelling and inflammation on fresh wounds.  Just pick some of the ferns, chew them up and apply the Yarrow as a compress over the cuts that are bleeding and the inflammation caused by the thorns from the thistles.

Plantain has similar benefits for the skin as Yarrow does but, it is also beneficial for bug bites, bee stings, and small cuts and scratches. Plantain helps stop bleeding, is a natural antiseptic, and supports tissue regeneration.

It would be best to pick some St. John’s Wort flowers, stems, and leaves and take them home to process and then apply to wounds. For immediate use, simmer the St. John’s Wort in water, strain, and apply to afflicted areas. Add some fresh Yarrow and Plantain to the water for a better synergy to heal those wounds. 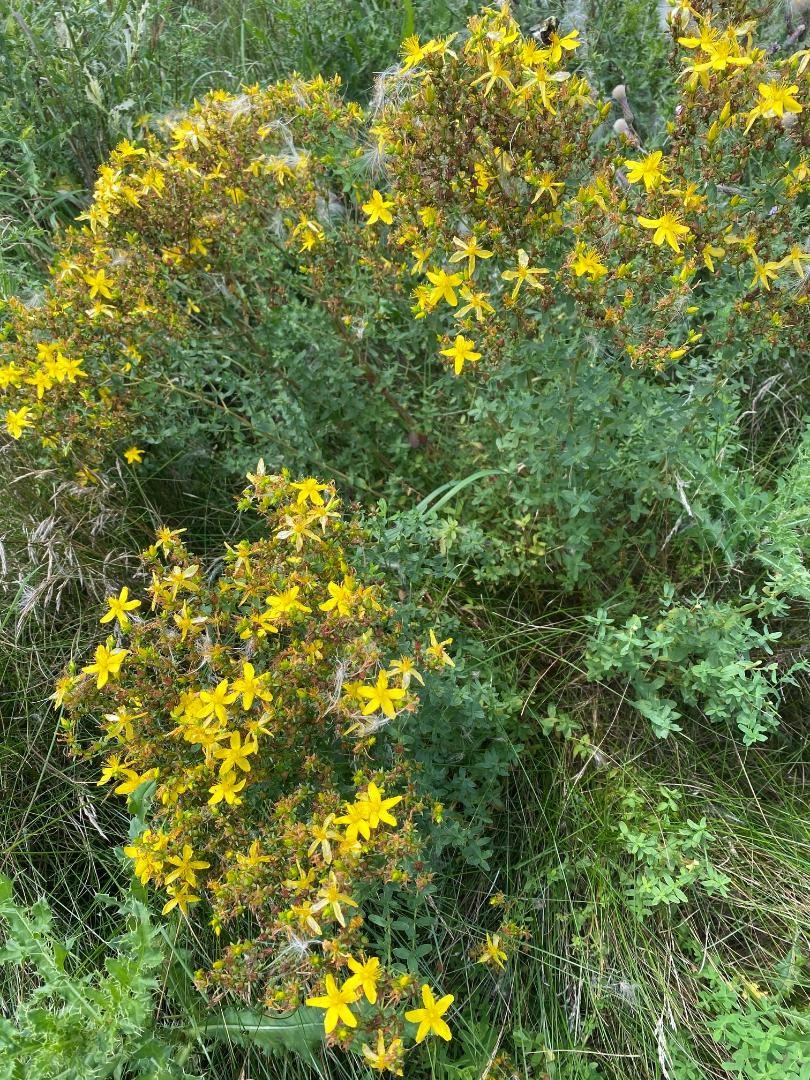 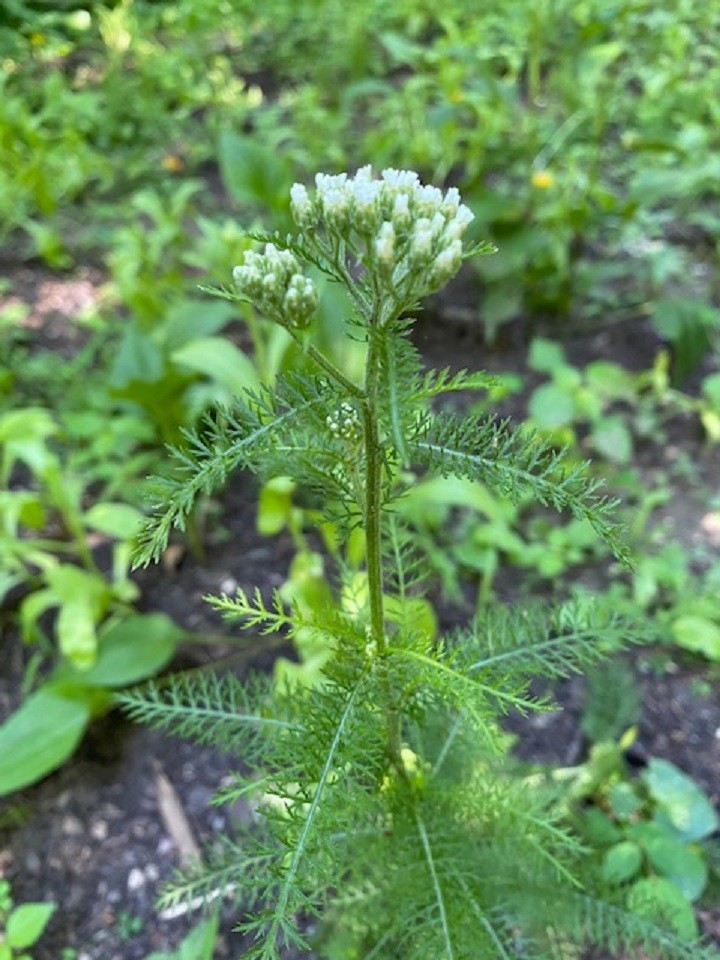 If fresh St. John’s Wort, Plantain, and Yarrow are unavailable for your first aid treatment you may want to keep on hand our Jewelweed Herbal Salve and St. John’s Wort Oil. I find myself needing the salve just stepping out the front door because I live in the woods. Jewelweed Salve is a quick-acting herbal antidote and antihistamine for mosquito bites, fly bites, bee stings, flea bites, cuts, wounds, poison ivy, and all the diverse plants that cause contact dermatitis unpleasant inflammatory skin conditions that cause itch and forms blisters. Plantain, Yarrow, Jewelweed, Self-Heal, Yellow Dock, Wood Sorrel, and Red Clover, a blend of seven synergistic herbs for quick assimilation and recovery. 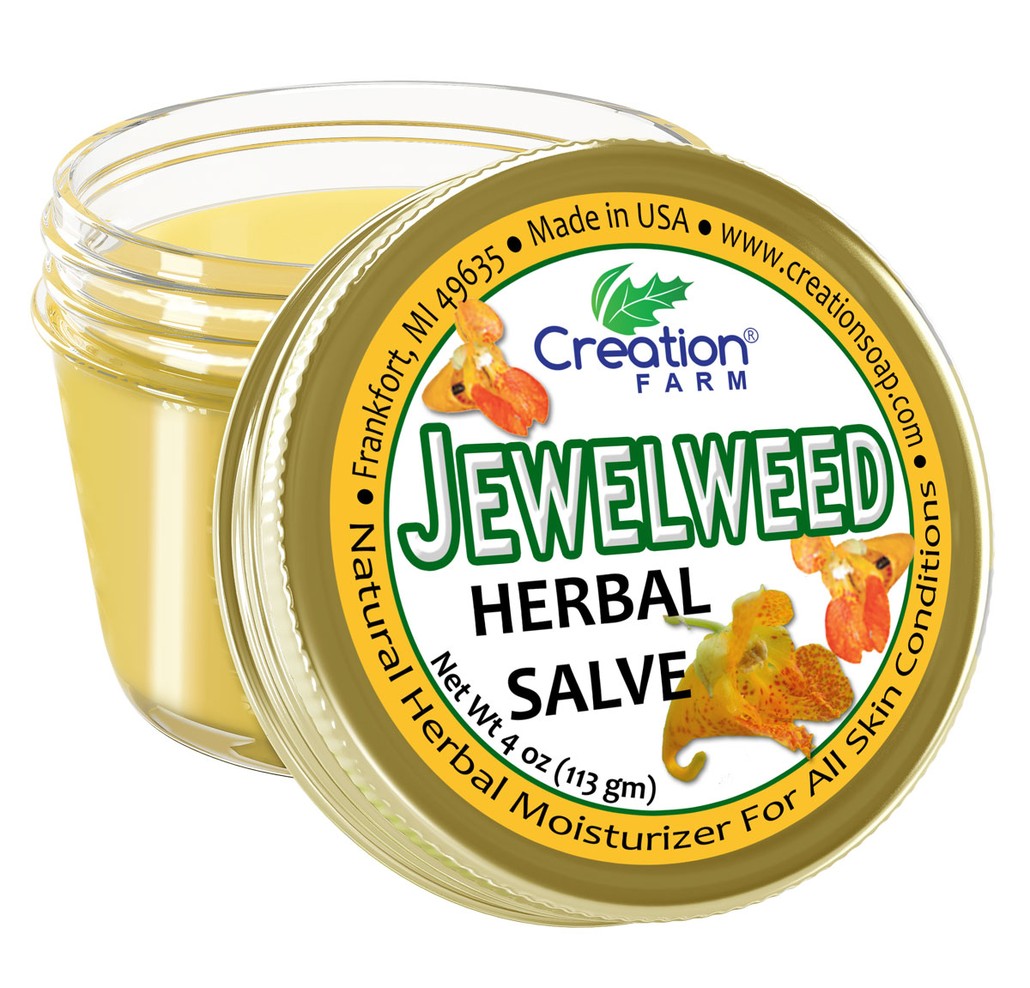 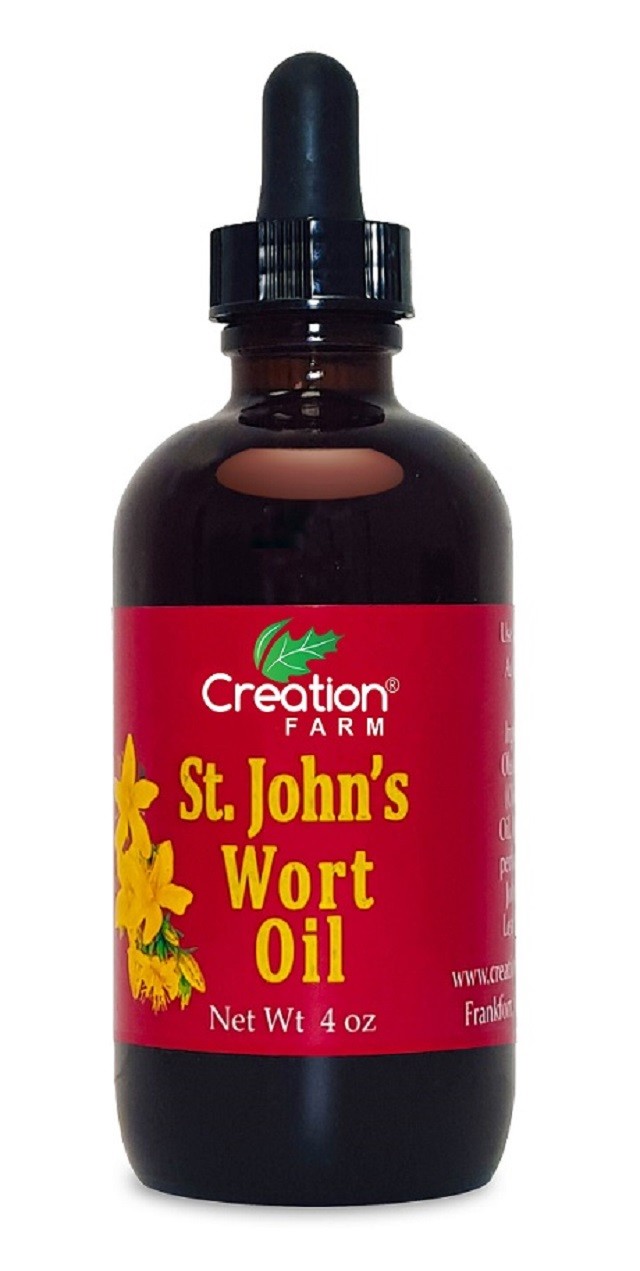 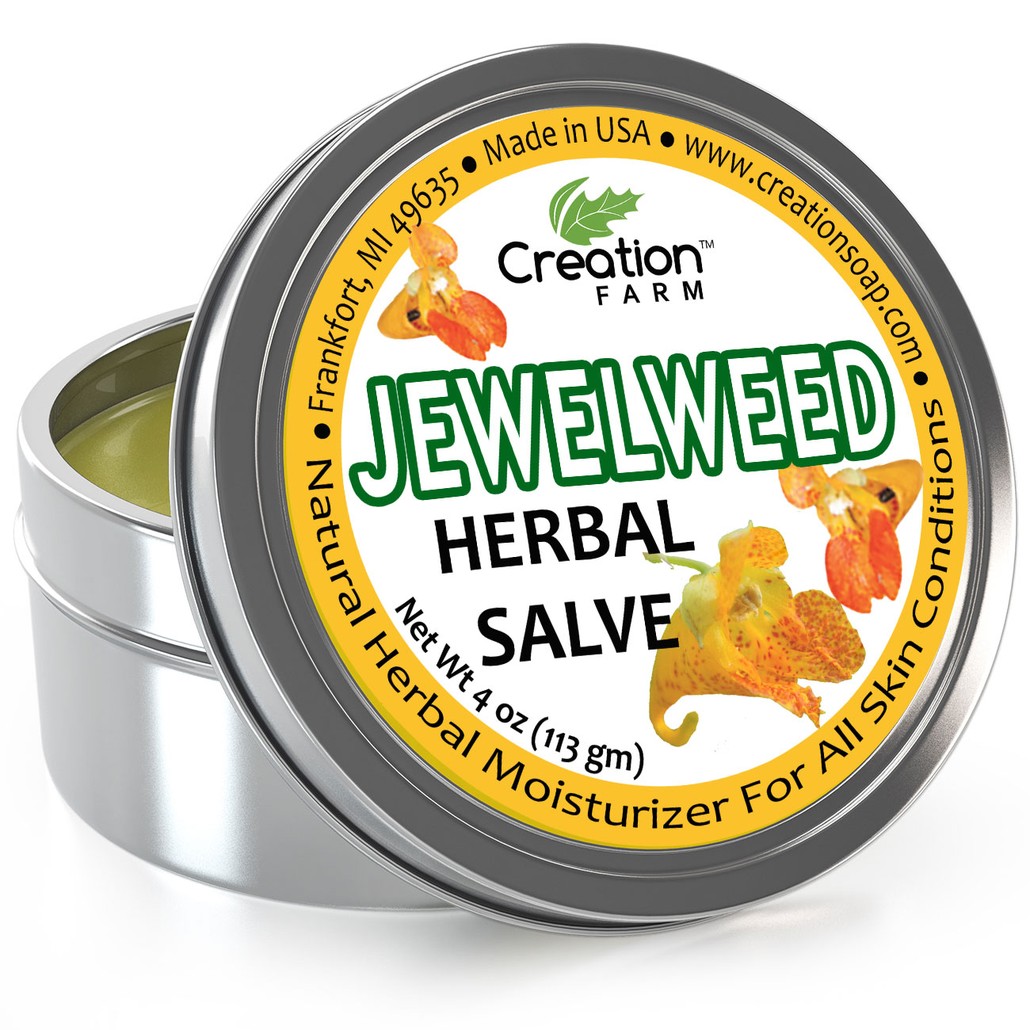 St. John’s Wort conditions the skin mends cuts and soothes discomfort from injury, tendonitis, swelling, joint pain, lower back pain, stiff neck, nerve damage, etc. St. John’s Wort when applied to your skin liberally supports your circulatory system. You can feel the energy circulating through your body right after applying the oil. The is liberating because the body can remove a lot of the inflammation that causes swelling and pain.